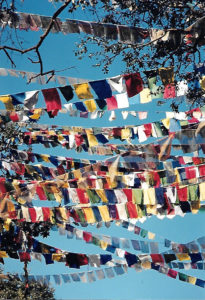 In our common ancestral societies, the Center Pole was one of many representations used to designate the center of the universe. The world tree, the cross, the North Star and many more symbols are all representations of this “axis mundi”, the central axis where all the worlds internal and external are believed to converge and become one.

Out of the direct experiences that resulted from this mystical center, spiritual practices arose formulating pathways to re-enter this sacred space. Those who first pierced this veil into the subtle where known as Shamans, the creators of religions and healing modalities. Those who continued through this primary layer into depths of the Mystery have come to be known as Saints, Prophets, Bodhisattva’s and Qutub’s, Jivanmukta’s and Satguru’s among others.

The Center Pole utilizes the same spiritual structures that have been handed down through these rarified adepts. For tens of thousands of years people have utilized these inherent internal powers to maintain a growing society, to heal the sick and wounded and to make sense out of a complicated, impermanent and predatory world.

Within these established spiritual traditions, we have only one intention in all that we do — to bring ourselves and others back into spiritual balance and to reground and anchor ourselves within the exalted attributes of virtue and power.  From this, comes the natural process of Life as it is meant to be.